Jorge G. Castañeda served as Minister of Foreign Relations of Mexico (2000-2003) and was an advisor to the candidates for the presidency of Mexico Cuauhtémoc Cárdenas and Vicente Fox. He is a professor at New York University, and his latest book, “America Through Foreign Eyes,” was recently published by Oxford University Press. He is a CNNE contributor. Read more opinion at CNN.

(CNN)At a time when many Americans are wondering if the upcoming presidential elections will be free and fair, whether their President will accept the results, and if those results will be known on election night or soon afterward, Latin Americans are scratching their heads. How could traditional caudillo-like behavior and doubts such as these surface in the United States? After all, caudillos — Latin American “strongman” leaders — are a typical product of societies south of the Rio Grande, not to its north. 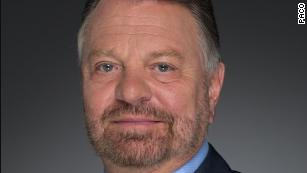 Jorge G. CastañedaIn fact, regardless of the concerns hovering in the United States, President Donald Trump is not on the verge of becoming a Juan Manuel de Rosas (Argentina), an Antonio López de Santa Anna or Porfirio Díaz (Mexico), a Juan Vicente Gómez or Hugo Chávez (Venezuela), a Getúlio Vargas (Brazil), let alone a Fidel Castro, who holds the record for longevity: 49 years in power. There is Spanish heritage, somewhere, in there: Franco, the Spanish dictator, had himself appointed Caudillo de España por la Gracia de Dios and Generalissimo.

Though he has refused to say ahead of time that he will accept the results of the 2020 election, Trump was rightfully elected President of the US in 2016. At the same time, he exhibits some of the populist leaders’ characteristics, such as a commandeering leadership style and rejection of criticism. Some may also see the same traits in his willingness to push the bounds of normalcy when it comes to playing by the rules of democratic institutions, or by seeking to broaden the footprint of the executive branch.US institutions remain strong. Civil society in America is vibrant and powerful; there is no real tradition of caudillismo in this country. So far, no president has used America’s established democratic institutions to strengthen his rule and stay in power forever.Unfortunately, this is not quite the case in Latin America. The temptation for strong men to perpetuate themselves in power has persisted. The long period of democratization in the hemisphere, from the early 1980s through today, has seen most real or erstwhile caudillos come and go, without much success, depending on the definition one chooses for the term. Indeed, the meaning of the word has perhaps evolved over time, as the instruments many use to obtain power, then retain it endlessly, have also changed with the years.Today’s real or potential caudillos in Latin America have often been elected, in more or less decent elections, at least initially. This is true of rulers such as Venezuela’s Nicolás Maduro, and before him, Hugo Chávez; of Daniel Ortega in Nicaragua; Evo Morales in Bolivia until 2019; Rafael Correa in Ecuador until 2017; two potential caudillos in Mexico and Brazil — President Andrés Manuel López Obrador (AMLO) in the former and President Jair Bolsonaro in the latter — and in a way, the Kirchner-Fernández dynasty in Argentina.

Trump may not be a dictator nor a populist autocrat. To get there, he would need to walk a long road and put together an arsenal of tricks and treats that Latin American politicians and caudillos gathered through more than 150 years of crises and failures.

What do today’s caudillos have in common among themselves, and with their notorious predecessors?Firstly, a predilection for perpetuating themselves in power. At present, they mostly tend to reach office through elections, then change the letter or the spirit of reelection rules with varying degrees of legality or family connections, and subsequently begin to tamper with the elections themselves. They can stay in office for long stretches, like Ortega in Nicaragua: from 1979 to 1990, for a first season, then from 2007 through the present. He has also prepared his succession: either his wife, Rosario Murillo, currently vice president, is the intended successor, or one of his sons.The Kirchner-Fernandez dynasty is a case in itself. Nestor Kirchner was elected president of Argentina in 2003 and served through late 2007. His wife, Cristina Fernández, served from 2007 until 2015. She is currently a powerful vice president, and her son, Máximo, is a leading congressman. All in the family.Secondly, caudillos establish a direct link — often referred to as a populist one — with “their people.” They tend to bypass, short-circuit or clamp down on institutions — Congress, the media, political parties, unions — and forge a bond with their supporters that is strictly theirs: a personal tie, often devoid of ideology, not easily transferable to anyone else (except family), and frequently of a quasi-religious nature. People believe in them regardless of their policies’ results.They may create political parties to facilitate their enduring presences in office, or even to elect rump parliaments or legislative assemblies, but these are not Soviet-style organizations that are more powerful than government. They are simply appendages of personal rule.

Another characteristic, undoubtedly the most important one, is the authoritarian temptation to which they all fall prey. Not necessarily at the outset: Some even come to power as a response to the corruption, chaos, crime and repressive policies (or all of the above) of those who preceded them. The popular wave of indignation and resentment generated by any one of countless misdeeds by governments everywhere in Latin America for decades, if not centuries, leads to a similarly popular clamor for “change,” for “an iron hand,” for honesty and transparency.This could be the case of Mexico’s Andrés Manuel López Obrador and Brazil’s Jair Bolsonaro, who are increasingly acting like traditional Latin American caudillos, even if they have not yet reached two years in office. However, besides the way they refer to themselves and the connections with their followers by pandering to their worst instincts, there are no signs they would seek to retain power past their current terms. Right or left, they are predictable populist leaders who even seem to find common ground in their dislike of the press’s criticism and in labeling unfavorable coverage as “fake news.” Both Bolsonaro and López Obrador have jarred to varied degrees with their countries’ supreme courts, but the tension has not reached to a point of threatening the institutional balance of power.Neither López Obrador or Bolsonaro are unidimensional figures, and therefore some may find them so colorful as to put them in the same league with the classic figures of Gabriel García Márquez’s “The Autumn of the Patriarch,” Augusto Roa Bastos’ “I, the Supreme” and Miguel Angel Asturias’ “El Señor Presidente.” López Obrador and Bolsonaro may or may not stay in power, but they certainly recall the caudillos of the past.No one has yet written a great, magical realist novel about Donald Trump, and we cannot tell whether that may happen beyond the myriad of nonfiction storytelling portraying his presidency. But if he develops into a character to be judged by the standards of Latin American caudillos, he would probably deserve one. There is a Nobel Prize for Literature out there waiting; the subject matter is more than available.